Credit Suisse’s chief negotiator in the United States has resigned, the latest senior executive to leave the Swiss bank, which is battling to retain top talent following a string of scandals that have rocked employee morale.

Greg Weinberger, who has led mergers and acquisitions activities at Credit Suisse since 2019, will join Morgan Stanley later this year, said people with direct knowledge of the matter. He had worked at the bank for over 25 years.

Credit Suisse and Morgan Stanley declined to comment on the move, which was first reported by The Wall Street Journal.

The move by Weinberger, who acts as an adviser to a number of US companies including Chevron, follows a wave of departures across the bank after the back-to-back crises involving Archegos Capital and Greensill Capital.

Earlier this year, the main brokerage unit that manages hedge funds lost at least $ 5.5 billion in the explosion of Bill Hwang’s family office, Archegos. Bankers not involved in the case were furious because Credit Suisse otherwise would have reported its best quarter in at least a decade, thanks to capital markets and the company’s M&A advisory side.

The business loss follows the closure of $ 10 billion in supply chain finance funds at Credit Suisse linked to insolvent financial group Greensill Capital. It could cost the bank’s customers as much as $ 3 billion and is under scrutiny by regulators around the world.

As a result, Brian Chin, Head of Investment Banking at Credit Suisse, left the bank alongside Lara Warner, Head of Risk and Compliance. The heads of the prime brokerage unit were also dismissed from their posts.

New President António Horta-Osório has pledged to reduce the size of the investment bank, reshuffle the culture and control risk taking. The prospect of further cuts and a change in strategy has led many employees to start looking for jobs elsewhere, several people at the lender said.

Several Wall Street investment banks, both high growth and specialist firms, told the Financial Times they also poached and received inquiries from Credit Suisse bankers looking for a employment. A recently departed person said, “No one wants to be the last man standing. ” 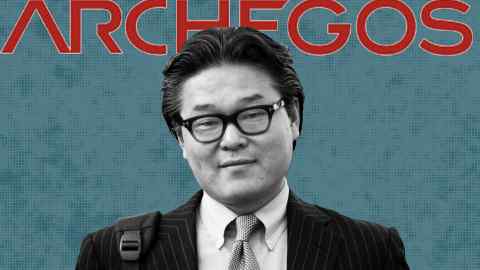 Barclays has hired Ihsan Essaid, a technology and media advisor at Credit Suisse, who will become the head of mergers and acquisitions for the British investment bank in the Americas.

Over the past decade, Credit Suisse has grown a major M&A firm, advising several major transactions, including the Chevron transaction. 13 billion dollars of acquisition from US energy group Noble, and Charles Schwab’s $ 26 billion deal to buy US online brokerage firm TD Ameritrade.

In an attempt to keep key personnel selected, Credit Suisse offered retention bonuses, according to several people familiar with the details.

However, the policy caused additional concern internally that it was not being generous enough and being offered to too few people, with general managers and team leaders being given priority at lower ranks, people said.

Shares of Credit Suisse have plunged 16% this year – up from a 32% increase at Morgan Stanley and a 15% gain at national rival UBS – a further blow to staff who have seen the value of their deferred salary in shares decrease.